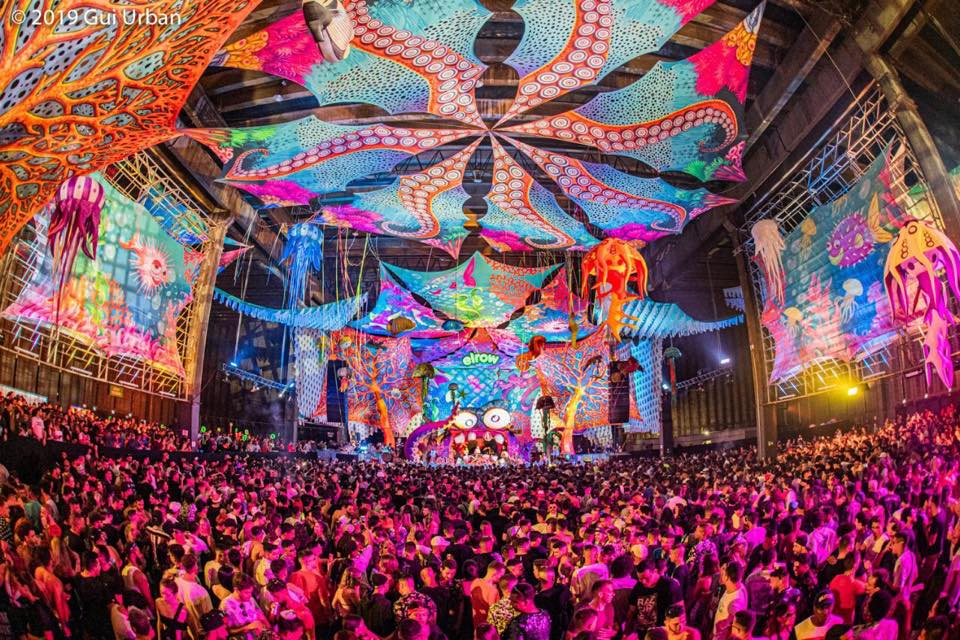 elrow, the world’s #1 global immersive event brand announces its first North American Tour this March through May taking the roaming party to five cities. Included in today’s announcement are new markets for the brand;  Washington DC, Chicago and Montreal, with much anticipated returns to Miami and New York.  For these dates elrow presents their most requested and in demand theme, ‘RowsAttacks!,’ a classic take and call back to the absurdism of 1950’s pop sci-fi culture.
As one of the most sought after experiential events in the world, elrow’s strength comes from its reputation, with NPR calling it, ‘the leading adult clubbing brand’.  Since its 2016 U.S. debut in NYC which attracted 800 attendees, elrow has steadily expanded its footprint in the United States, growing in notoriety and reputation. It now attracts more than 5,000 revelers per show as it heads into its fifth year of its New York residency at Avant Gardner.  New York Times gave praise, calling it an ‘art and music extravaganza … a roaming celebration that is part Cirque du Soleil, part Alice In Wonderland.’
Advertisement

NOTE: We gather information from a variety of sources to create these event listings. Although we try our best to ensure accuracy, it can't be guaranteed. Please refer to the official promoter's website or ticketing partner to obtain the most current information.