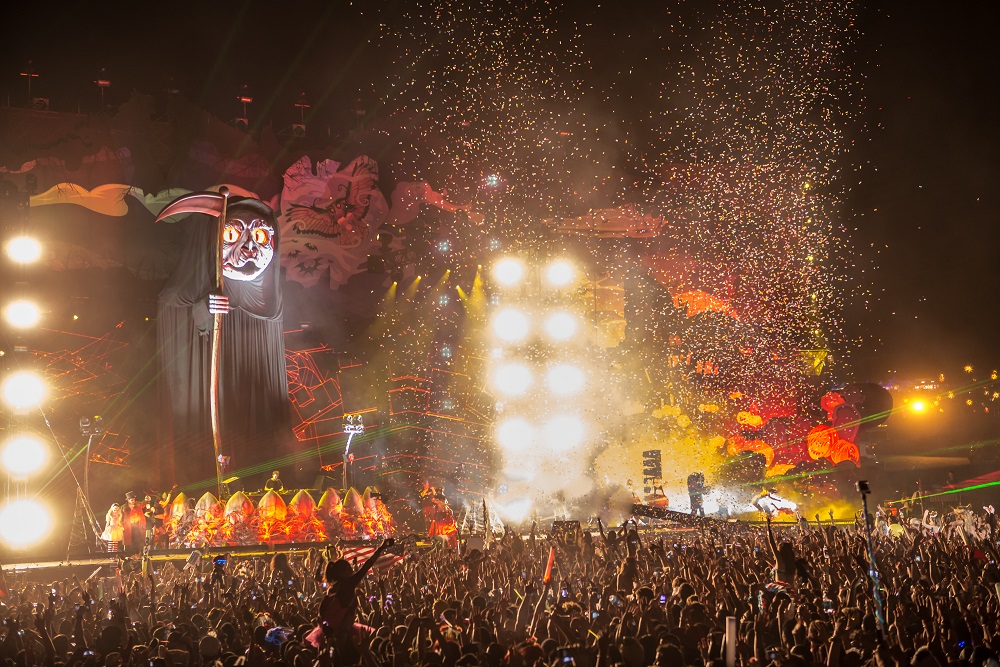 Escape All Hallows’ Eve (previously known as Escape From Wonderland) will be held Fri., Oct. 31 and Sat., Nov. 1  in Southern California.

The venue has yet to be announced, though the San Manuel Amphitheater grounds have hosted the majority of Insomniac’s events in the area.

This year marks the fourth annual Escape, but the first to be held on Halloween night itself. Onsite camping was introduced in 2013.

“Escape is such an exciting show to produce because it blends music and art with one of my favorite holidays,” said Pasquale Rotella, founder and CEO of Insomniac.

“Each year, I look forward to creating all the unique experiences that accompany this show, like a haunted house and crazy maze, themed performers and lots of other fun surprises. As Halloween music festivals go, I’m really proud of the fact that there’s nothing else like Escape.”

The location and musical lineup will be revealed in the coming weeks.

Escape dates overlap those of HARD’s Day of the Dead, scheduled for Nov. 1 and 2 in SoCal. Insomniac and HARD are both partly owned by Live Nation.