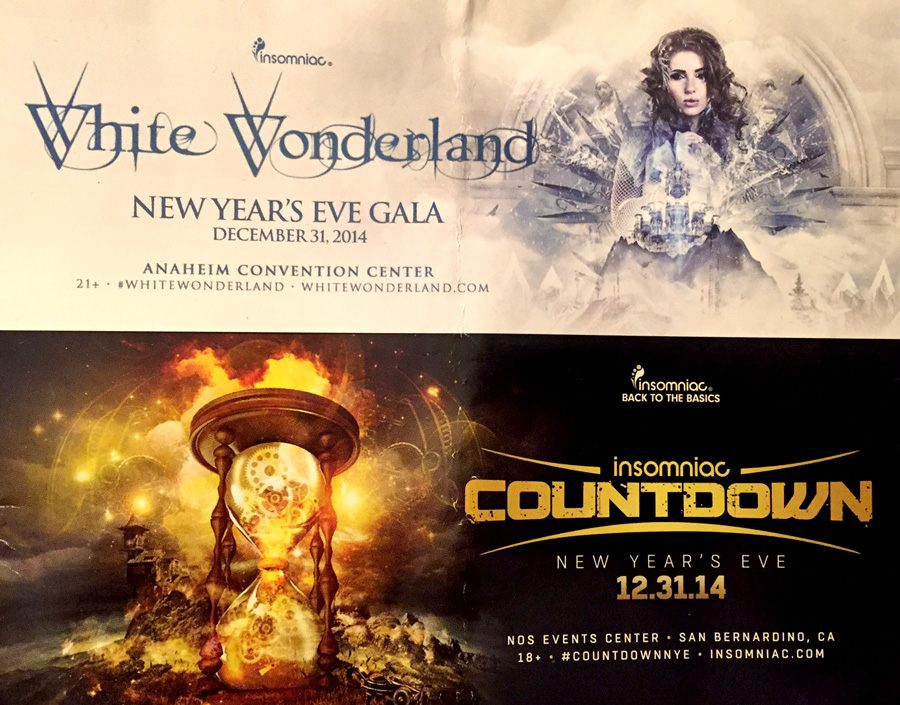 Insomniac Events — best known for their EDC and “Wonderland” festivals — will produce two separate events on New Year’s Eve to help ring in 2015 in Southern California.

The fourth annual “White Wonderland” will again be held at the Anaheim Convention Center and is open to ages 21+.

A brand new NYE event known as “Insomniac Countdown” will debut at the NOS Event Center in San Bernadino. It’s open to ages 18+ and is being marketed as part of Insomniac’s single-stage “back to the basics” show series.

Trademark filings for “Insomniac Countdown” that surfaced online last week hinted that the event production company could be planning to retire the White Wonderland brand altogether. The paper event guide distributed at Escape All Hallow’s Eve instead confirms that both events will take place this year.

Ticket prices and on-sale dates have not yet been announced.