New dance music festival to make Atlanta debut this May 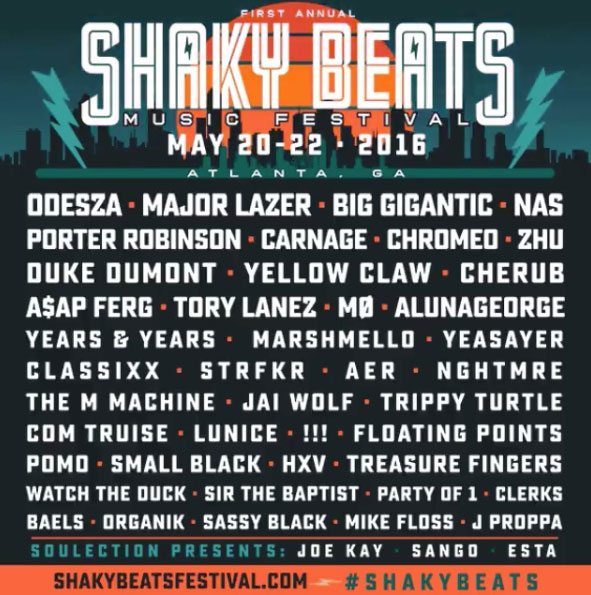 A brand new dance music festival will debut in Atlanta this spring.

Shaky Beats Music Festival will be held May 20-22, 2016 at Atlanta’s Centennial Olympic Park.

Tickets are on sale now, priced at $162 for a general admission three-day pass. VIP passes and single day tickets are also available.

Lollapalooza producer C3 Presents, a Live Nation company, appears to be at least one company behind the event.