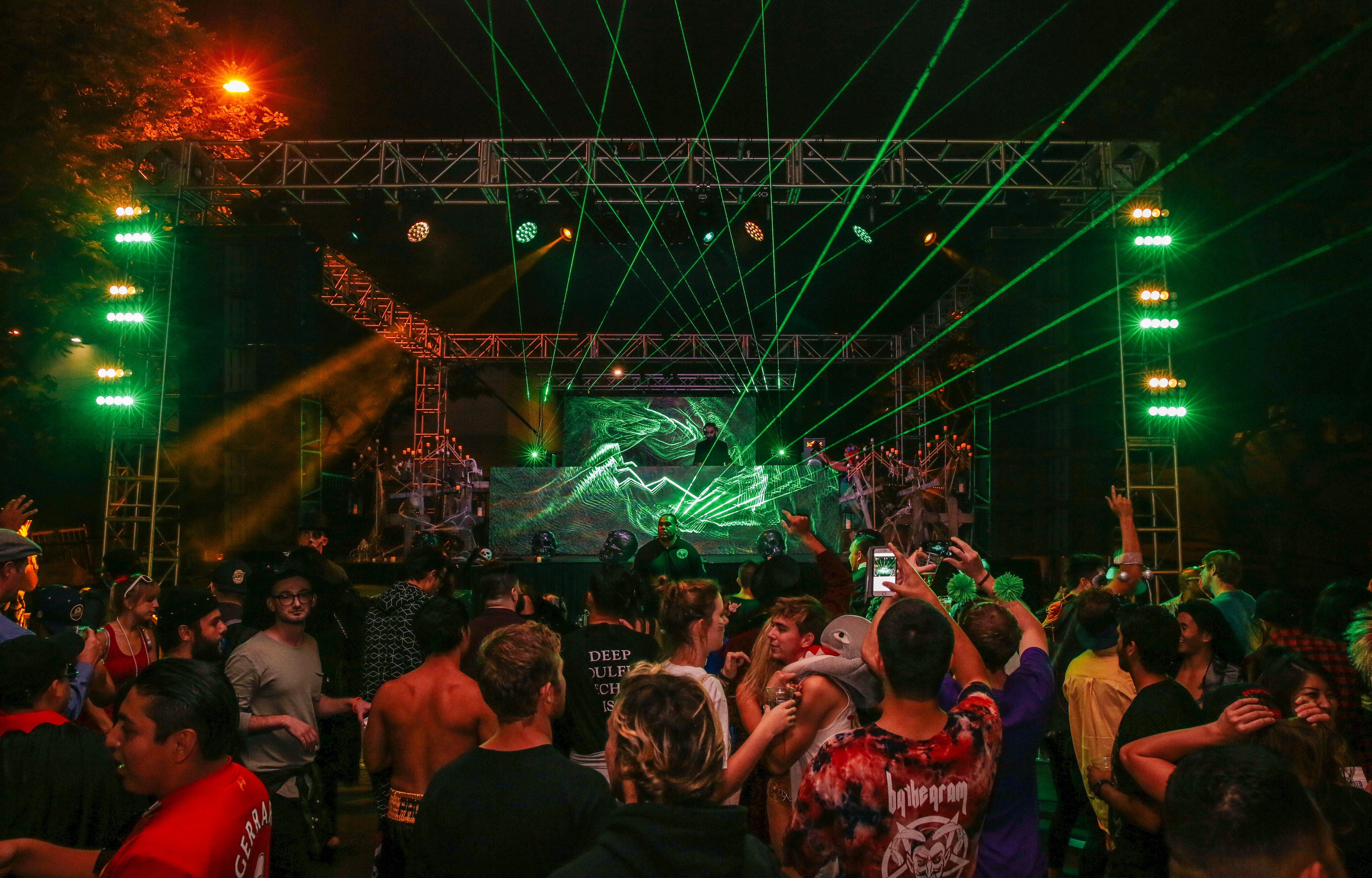 Minimal Effort found a perfect fit in its new home at the LA Center Studios over Halloween weekend as over 3,000 fans took to the streets of Downtown Los Angeles for a night of stellar house and techno. The three-stage mini-festival featured artists like Pete Tong, Coyu, Dosem, Kidnap Kid, Edu Imbernon, Totally Enormous Extinct Dinosaurs (TEED), and more.

The day started off a little bumpy for Minimal Effort with a late opening of doors, the unfortunate cancellation of Satori due to travel issues, and the temporary closure of The Garden stage, but luckily the music provided an easy distraction from some of the events early mishaps.

The proximity of the stages made it easy to navigate from set to set to catch a bit of all the night’s performances. This proved especially helpful as the night went on with conflicts like Pete Tong, TEED, and Coyu, or Thugfucker, Dosem, and Tiga, all performing during the same time slots.

Among the night’s top performances, was the L.A. debut of Tiga’s live show. Set before the towering buildings of Downtown Los Angeles and a backdrop of reflective white blinds with retro-inspired visuals, Tiga delivered over an hour of contagious electro-house beats and eerie vocals. The Canadian DJ’s fidgety sound kept the crowd’s spirits high as he whipped out favorites from his collection like “Bugatti,” “Plush,” and “Shoes.”

Over in The Suara Room, Coyu and his labelmates delivered over four hours of bold yet groovy tech house. Edu Imbernon kicked off the label’s showcase and completely amped up the energy of the room to create a true underground feel you’d expect to find at a downtown party. The quality soundtrack continued as the Big Cat himself, Coyu, took the stage for a magnetic performance before Dosem wrapped up the night with a mix of airy, progressive sounds.

Even with the missteps and speed bumps encountered throughout the day, the crew behind Minimal Effort did a commendable job of creating a carefully curated mini-festival in the heart of the city. Considering the event’s move from the Belasco Theater to the LA Center Studios, growing pains are to be expected and there’s definitely some room for improvement on what was, overall, a musically satisfying affair.

Minimal Effort will return to Downtown Los Angeles to ring in 2017 with an insane lineup of live acts and DJ sets on Sat., Dec. 31. As to be expected, the musical offerings for the night will likely outshine the competition with artists such as Recondite, Simian Mobile Disco, Francesca Lombardo, the Desert Hearts Crew, and the L.A. debut of Stephan Bodzin’s live show.